We have a wide variety of soloists to suit your venue or event.  From acoustic soloists through to soloists with full backing tracks.

With a voice that literally turns heads, Brendan’s unique talents really make each show an unforgettable experience. Whether it’s for a wedding, corporate event, party, cafe or a pub, he keeps it stripped and raw and lets his abilities speak for themselves. He draws from a wide background of genres, picks the mood and needs of the crowd and delivers to them rocking tunes, soulful ballads or laid back grooves as the moment requires; and he backs it up using quality, high-end musical equipment to ensure the audience hears his full potential. With 20 years’ experience in the music industry, Brendan’s intuitive ability to connect with crowds on an emotional level makes him the ideal choice for your event. 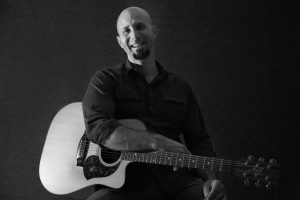 Donnelle Brooks grew up in the sleepy farming town of Laidley, west of Brisbane. She started writing songs from an early age, it is her way of interpreting the things she sees, hears and feels.

She is also the frontwoman of raunchy Blues/Rock band Don and The Mobsters, and is constantly balancing on a knife’s edge between sassy rock chick and heartfelt folk singer. Her main influences are songwriters such as Jewel and Tim Rogers, who she admires for their ability to write a well turned phrase. Indeed the imagery that can be conjured up with powerful lyrics is one of the key motivators in her songwriting.

Last year Donnelle embarked on her first ever tour of the East Coast of Australia, playing 17 gigs over the course of three weeks. Donnelle is now a resident artist at the Green Bar in Coorparoo and has been revitalising their Friday night format with acoustic music showcases featuring emerging local talent. She released her first self titled EP in 2011 and is currently working on her second EP, due for release in 2015.

Recently Donnelle’s latest single, “All That I’ve Got”, recorded as part of 2014’s Indie 100, was featured on 4ZZZ’s program Folk Buddies. 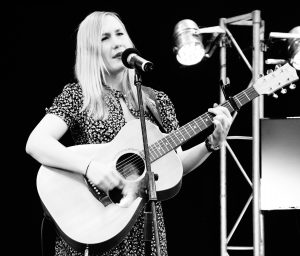 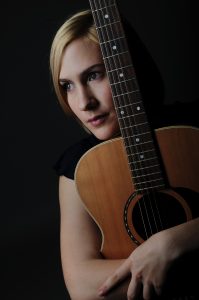 As a singer and keyboard player, he’s been performing live for about 30 years (since he was 17) and is a confident front man with a wide vocal range.  He has played a wide range of styles in those 30 years from Jazz to rock and pop and most things in between.  He has also toured the world with a number of quality Tribute shows including.  The Eagles Experience, Night Fever, Hotel California and ABBAsolutely FABBAulous just to name a few.  His solo show covers a wide range of mainly rock, pop and disco hits,and he’s always adding to the list.  With his professional attitude and quality equipment he is certain to please any audience at your venue or your next function. 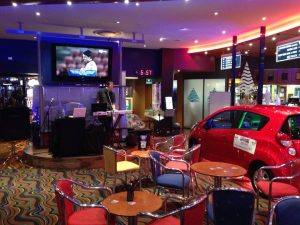 Jamie-Lee Fox is a young, vibrant musician who brings energy and
excitement wherever she goes. Her fun loving personality is reflected
in her vast selection of repertoire, ranging from 60’s rock through to
modern day top 40. Jamie-lee is a versatile and experienced performer
who works regularly as a soloist. She also performs at public and
private function with her band “The Martini’s”. Jamie-lee Fox is
passionate about her music and is considered to be an asset to the
music scene, as she is constantly asked to return time and time again 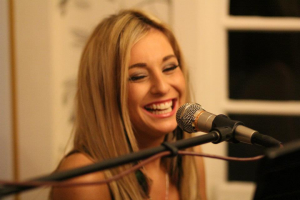 Jessamy Fox is an accomplished Singer/Songwriter who accompanies herself on the acoustic guitar. Her roots lie within country music however, she has a love for many styles and covers everything from pub rock to folk classics.

Jessamy’s passion for performing began in her teenage years and since then it has flourished into her chosen career pathway. In 2018 she completed her Bachelor of Music, specialising in songwriting at JMC Academy.  Jessamy has extensive live experience , regularly performing at pubs, cafes, festivals and charity events. With an impressive repertoire of songs, there is a song for everyone to enjoy! 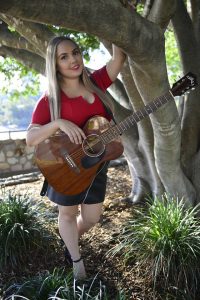 With over 20 years of performing experience both in Australia and overseas Robby has a great deal of experience in the Entertainment Industry.

His main goal is to make your staff and patrons have a fantastic time with no stresses.  He is able to cater for all ages and in many styles from Jazz and Swing to Motown to Rock and Roll to Dance and Top 40.

Using stat of the art equipment, backing tracks, and a great light show with lasers. You can be assured you get bang for buck when hiring Robby at your venue or event. 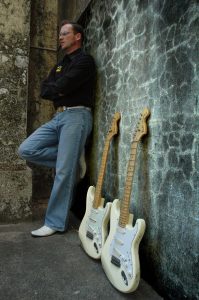 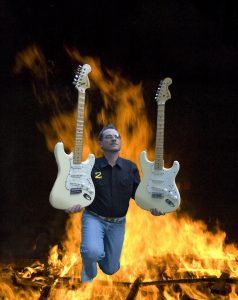 Dave Hynes is a multi-instrumentalist with 20 years experience in the music business, having played in countless bands up and down the east coast of Australia. He’s as comfortable crooning along to an old jazz standard as he is belting out a modern pop song or an Aussie rock classic.

He’s a one-man band – singing, acoustic guitar and percussion, along with the occasional kazoo solo! From Madonna to Muse, from Lorde to Led Zeppelin, from Elvis Costello to Elvis Presley, Dave can entertain any crowd. 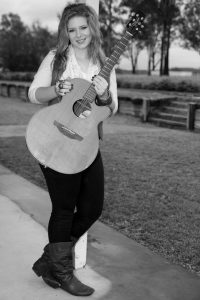 Rheanna’s tailored, dynamic mix of pop/rock and country tunes allows her to connect with diverse audiences.  She has been performing and winning awards from the age of 14.   She was rated first place by Valley 95.9FM in both vocal and instrumental management as well as listeners choice at the age of 16. She also won Queensland Country Music Junior Champion in 2007 and was awarded a scholarship to attend the Junior Country Music Academy (Camerata in Tamworth) for 2008 and also graduated from the Senior Academy of Country Music (Tamworth).

Rheanna’s originals have also been finalists in the Tamworth Songwriters Association competitions.   At 23, she was a finalist in 94.1FM’s Brand New Star Radio Competition in Northern NSW. This also saw the beginning of her sold-out original shows.

Displaying a professionalism, smooth tone and soul wiser than her years, it’s no wonder this Australian singer/songwriter, continues to move audiences and is perfectly suited for any venue or function large or small.

Brad is an accomplished vocalist and guitarist who is professionally trained as a vocalist, which allows him to incorporate a broad range of musical styles in his performances.

Brad has been playing in numerous bands since the age of 15 in various venues and clubs throughout Brisbane, Gold Coast, Toowoomba and Ipswich.  Brad is a talented, versatile performer with a powerful voice which is adaptable to any style of music. 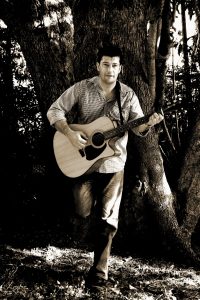 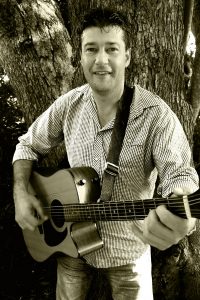 Steve P is  a solo performer with vast experience having played many pubs and clubs around South East Queensland.  His repertoire of both covers and originals spans from 60s classics to today’s current top 40 hits.

It’s just Victoria Q, a guitar, a mic and a stompbox… covering anything from Pink to Patsy Cline, Katy Perry, Lady Gaga. Gotye got to Guns N Roses! 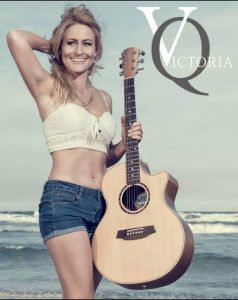 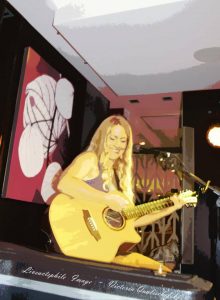 Somebody I Use to Know

James Scott is a singer & guitarist who perfected his craft busking on the streets in Brisbane.

He has played over 250 gigs in the last 12 months and performs covers of your favourite songs, from the classics through to contemporary top 40 hits.

From playing pub crawls through to performing overseas on an award winning luxury 5 star cruise line, he has the talent to make your night unforgettable. 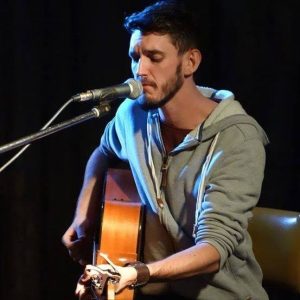 Isabel Wood is an acoustic singer/songwriter from the Sunshine Coast who continues to mesmerise audiences with her soothing vocals and stunning stage presence.  At just 22 years of age she has already completed a bachelor’s degree in Popular Music at the Queensland Conservatorium and refined her unique style of acoustic pop.  She is currently working on her debut EP which is due for release this Spring 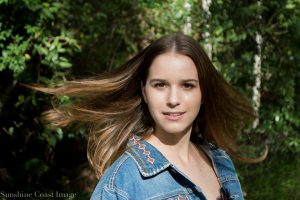 Mark Weare  is a talented and profession musician with many years of experience.  He covers Motown, Swing, Jazz, Country, Rock and Roll, Ballads with a a huge repertoire of songs from the 40’s to today, you’ll have him back again and again. 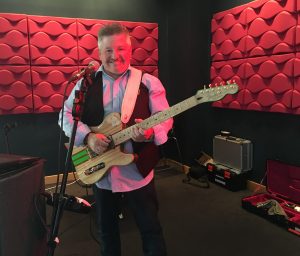 Originating in Townsville North Queensland, Sarah captivates with a breezy soulful style. Presently operating in the Brisban…e region, Sarah has an eclectic repertoire of acoustic tunes and endeavours to provide a professional live music service.

Undertaking studies in a Bachelor of Contemporary Music, Sarah’s performance is ever evolving and maintains a fresh array of modern sounds.

Currently performing as an acoustic solo musician, Sarah is a seasoned professional and a talented multi instrumentalist. With a wide range of musical influences, Sarah has a unique style that captivates any audience. 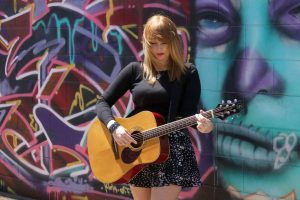 Return to Top of the Page